Being in family courts puts 44% of fathers at risk of clinical levels of distress according to newly published academic research funded by FNF.

Low mental-wellbeing is strongly correlated to problems with child access and family courts.

The results point to the need for much faster resolution of family proceedings to prevent chronic stress and long-term physical and mental health implications for fathers.

This study raises serious questions about access to justice by litigants in person, most of whom are fathers, who are expected to conduct their own proceedings often whilst clinically depressed.

Families Need Fathers - because both parents matter is the leading shared parenting charity supporting children, mums, dads and grandparents for healthier separation and transition to new family shared parenting models in the best interest of the children and their whole family.

Family breakdown and divorce is stressful for all those involved, not least the children. Samaritans have for years reported the high association between male suicide rates, driven by issues related to family separation, such as relationship breakdown, housing, financial pressures and, above all, fear of loss of their relationships with their children.

FNF have been anecdotally aware of the terrible pressures on our service users when relationships break down acrimoniously and they are denied time with their children to the extent of having to rely on family courts.

This new 12-month longitudinal study was carried out by Dr John Barry of University College London with Louise Liddon of Male Psychology Network. It aimed, for the first time, to scientifically identify the degree to which different types of stressors are related to different levels of distress following family breakdown, utilising a Positive Mindset Index (PMI).

The results show that the mental wellbeing of participant fathers in family court proceedings was indicated to be only just above clinical depression levels on average. Its strongest negative interactions were related to problems with child access and family court issues. The data shows that on 44% of occasions fathers’ wellbeing indicators suggested they were experiencing levels of stress that were not only chronic (long-term) but possibly clinical. The research points to the need for court processes to be resolved as swiftly as possible. Prior to Covid-19 the average time taken for family court proceedings to conclude was 30.1 weeks and in July to September it was 34.2 weeks. These are not child-appropriate timescales, especially for pre-teen children.

Our experience is that once child-parent relationships are re-established and regularised, most parents experience considerable relief from stress as is suggested indicatively in this study. Notable too is that the measures of mental wellbeing were significantly higher for those dads who did not rely on courts. Participants in the study said:

“Every day, I am reminded that I have no contact with my daughters”

“Trying to have hope in the impossibility of a normal relationship with one's child is so so difficult” “I was admitted to hospital with severe chest pains and breathing issues… It became apparent that all this issues where related to stress and anxiety caused by family court issues and contact failing.”

“People often break-up acrimoniously. Where there are contested allegations of abuse our adversarial system allows family courts to hold ‘finding of fact’ hearings to determine the truth of allegations and their relevance to the child. Legal aid is only available to parties alleging domestic abuse, but not to those defending them (unlike in the criminal courts). Given the lack of an ‘equality of arms’, with almost all legal aid in family proceedings awarded to mothers, fathers are mostly unable to afford legal representation and left to conduct their own defence - whilst suffering from the effects of chronic stress and potentially very serious unfounded allegations.”

Mums and dads undoubtedly experience reduced mental well-being during family separation. Children caught-up in the middle even more so. Men going through separation are twice as likely as women to experience depression. Part of this may be the effect of denial of contact over months and years. Our experience is that fathers treasure their responsibilities and relationships with their children above all other considerations so this does not surprise us.

Further research would almost certainly establish the full extent of such stress when faced with conducting one’s own litigation where the stakes are astronomical – namely whether a father (or mother) can resume their parental role for their children, for example when faced with having to defend a false allegation or exaggeration without the benefit lawyer. Greg Downing adds “Our research demonstrates that at least half of fathers are mentally incapacitated by court proceedings and rendered incapable of conducting their own contested hearings. It is scandalous that they are expected to face qualified lawyers alone”.

Article 6 of the Human Rights Act entitles citizens to have the right to a fair trial or hearing where a public authority is making a decision that will impact on their civil rights. The removal, in almost all cases, providing funding only to one party in contested proceedings is driving a coach and horses through this. Worse still, it is resulting in thousands of children each year being denied relationships with their parents and half of their families – effectively infringing on their right to a private life under Article 8 of the European Convention of Human Rights.

To address these deficiencies and reduce the stress on parents and children, FNF propose, a Strategy for Separated Families that features: 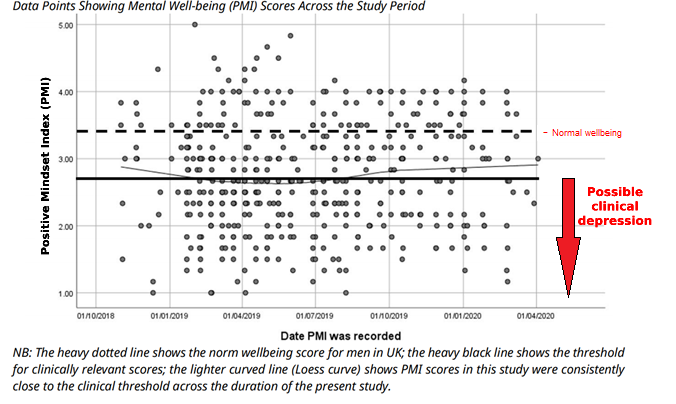 The full research report can be found here:

Anyone affected by the issues in this can call our Helpline 0300 0300 363 and/or go to our website www.fnf.org.uk for further information.

Further information about the research itself can be obtained from Dr John Barry - john.barry@ucl.ac.uk.

Notes for editors: Families Need Fathers - because both parents matter

FNF is the leading registered UK charity providing information and support on shared parenting issues arising from family breakdown, and support to divorced and separated parents, irrespective of gender or marital status. FNF is NOT a fathers' rights group - we support the best interests of children - namely mature and collaborative parenting by both parents - an objective which is inadequately promoted in the family court system and associated services.

FNF receive approximately 30,000 calls a year to our Helpline and thousands more rely on our local branch network and online support.